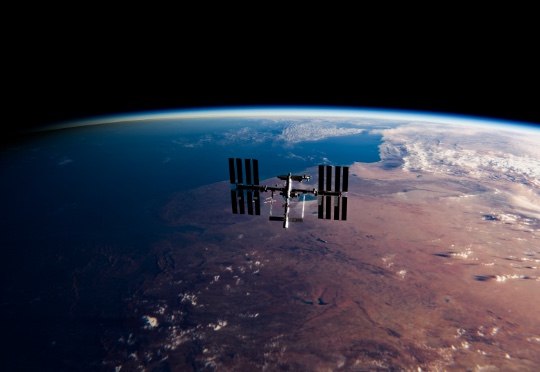 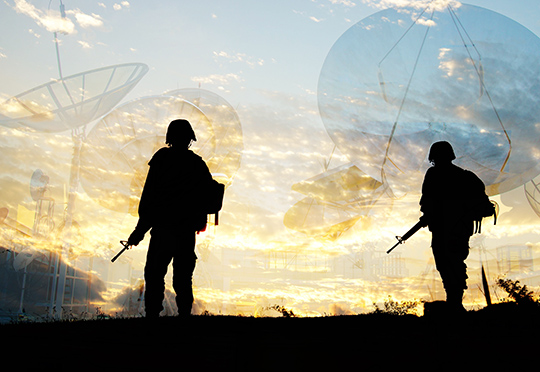 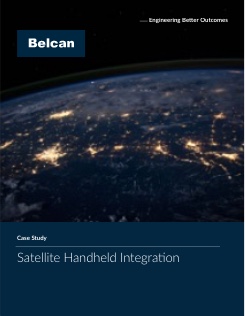 The Iridium network is comprised of Low Earth Orbit (LEO) satellites that form a global mesh network. Iridium Short-Burst Data (SBD) devices that operate on this network currently have no interoperability with the Joint Battle Command-Platform (JBC-P) Family of Systems (FoS) systems. These JBC-P systems are the primary means of communication for units throughout the world using the Blue Force Tracker (BFT) network. The BFT network is managed through the Network Operations Center (NOC) located at the Mission Command Support Center (MCSC). The JBC-P FoS systems cannot currently communicate with the Iridium devices presenting a limit in communications between dismounted soldiers equipped with Iridium devices and JBC-P FoS (Vehicle and Command Post).

TELESIS developed a plan to design and implement a solution to resolve this interoperability limitation. This plan was brought to TELESIS and approved for implementation. This plan had two steps. The first was new firmware for the SHOUT TS Iridium devices, and the second was the development of the MIG server located at the MCSC.

The MIG server was then developed to interface with the Department of Defense (DoD) Iridium Gateway to send and receive messages to/from the JBC-P NOC and talk directly with Iridium SBD devices that use this new firmware.

The MIG also uses leverages the existing architecture within the JBC-P NOC Software to process the message flow between Iridium devices and JBC-P devices. The MIG was developed to allow for future Iridium SBD devices that can send (or act as a modem for a system that sends) VMF 6017A+ message standard to utilize the limited C2/SA capabilities that the MIG provides. 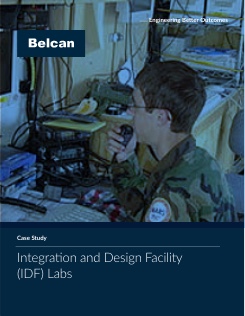 USSOCOM required the ability to test new and improvements to existing technologies in an unrestricted environment on a simulated SOCOM Information Enterprise (SIE). They had limited facilities to test and evaluate not only new technologies but also any improvements to existing technologies in a non-restricted or locked down enterprise environment. Most of the technologies required development of new procedures that are non-existent in the commercial and military arena. This made it difficult to evaluate against any established standards. They were of the opinion that new technology can be selected for evaluation based on the ability to fill gaps in existing programs of record or adding more capabilities to existing technologies. Other challenges were the development of network configurations that would both satisfy operational and security requirements.

The Telesis IDF team, along with their government leadership, reached out to programs of records for their requirements and shortfalls. Once the need was identified the team researched and contacted various venders, to see what they had to offer to fill these gaps. If their product(s) were a viable option the team recommended bringing in the technology, creating test procedures and configurations to assess the requirements. If one stood out as a worthwhile product or software it would be sent up to the SOCOM Integration Facility (SIF) for further testing and secured under Security Technical Implementation Guide (STIG) protocols. Testing was not limited to just fill shortfalls but also included possible new ways of doing business. The results were stored or forwarded to the section that would most likely benefit from the new technology.

During the testing procedure the Telesis IDF team, when directed, produced manuals, quick reference guides and training curriculums for future implementation into the SIE. The documents were sent with the evaluation reports to the program of record to provide them with a base line for official technical material. The team also provided helpdesk support and training to site personnel either CONUS or deployed locations as required. 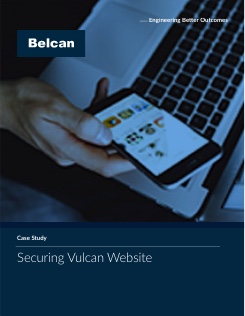 TELESIS was tasked with providing secure access to the On-Premise Vulcan Backend Servers in the C4 IDF Lab. Vulcan is a web-based application that provides portal presence for vendors looking to advertise and generate interest in new/developing technologies and capabilities to the SOF Community. The Portal also allows SOF users to discuss these technologies with vendors and other users. The application has been running for three years and boasts over 3000 users and is a regular fixture at the annual SOFIC event in Tampa FL. The purpose of this initiative was to design and secure access of the Vulcan cloud-based front-end reverse proxy servers to the on-premise web and database servers located in the C4IDF Lab at USSOCOM HQ. Users were accessing the Vulcan application through one of two Cloud sites provisioned by a third party located in New York, NY and in San Francisco, CA. The reverse proxy servers would receive the user traffic and then route the traffic to the servers located at USSOCOM. However, only light-weight encryption was being used to secure the traffic, which became an issue as Non-Disclosure Agreements and other sensitive information was becoming more and more prevalent. A more secure method was needed to protect the traffic, while at the same time minimizing disruption to the functioning of the current reverse proxy servers.

The Telesis C4IDF Team designed a Site to Site IPSec VPN topology utilizing 256-bit encryption. Working with the Vulcan Development team at Cylitix, the Telesis C4 IDF staff implemented and configured Ubuntu Linux virtual servers to act as network gateways, running StrongSwan VPN clients at both the New York and San Francisco sites where the Vulcan reverse proxy servers were located. The VPN tunnels were then setup to terminate at the C4 IDF Perimeter Firewall, providing full encryption of all of the user traffic down to the network. For additional security, a third network gateway was stood up at a third cloud site in New York to allow a secure and separate management path for the Cylitix Developers to access the Vulcan back end servers remotely for ongoing maintenance and development without disturbing user traffic in the other tunnels 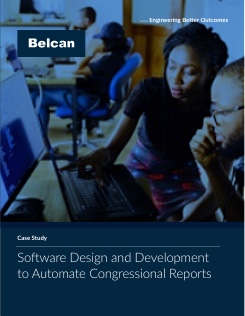 The purpose of this initiative was to develop and meet the requirements of the Congressionally Mandated Warrior Care Policy Report. The report requires metrics from all facets of the Warrior Care Program (WCP) which are to be aggregated and presented in a predefined format. Metrics that were currently not being maintained by the WCP were to be reviewed to see if they could be extracted indirectly from existing data or if they have to be created from the ground up and retroactively populated.

The WCP Team engaged the government to determine what deliverables were required. The team developed a comprehensive plan to modify the existing database to meet the requirements. The changes included data enhancements and migrations as well as altogether new attributes. Once the new architecture was in place, an intensive data migration was initiated with careful filtering of existing data. Front-end form modifications were then published so that the customer could begin entering data. Once in place, the WCP Team developed the SQL and SSRS necessary to create a dynamic automated report which could be accessed at will by the customer.

The strict timeline imposed by the client required that the WCP Team work closely with the customer providing continuous updates on project deliverables. Any issues identified were properly logged and prioritized and were discussed periodically for resolution.

The Warrior Care Policy Report was developed and automated for customer use with redesigned architecture and forms which catered to customer needs.